Hi! I am currently vying for two Nobel Prizes, and much like the Emmy Grammy Oscar and Tony awards I have given myself, I have awarded these prehumously. (No one ever uses that do they? It seems like a natural logical extension of that other thing they use all the damn time like being ungrateful louts is codified or something.)

One is for Economics for my Unified Purse Theory. This is a theory brought about by noting the number of business decisions that I see getting made on the rationale “it’s not coming out of MY budget so hey.”

I have invented the observation that “it doesn’t matter whose purse it’s coming out of WE’RE STILL PAYING FOR IT.” Does your plan save us millions in hardware but cost us hundreds of millions in travel? THEN IT’S A HUGE LOSS and also NO.

Divisions in the purses are for blame-gaming later, or micro-adjustments in strategy. People say everything is about the bottom line but no one is anywhere near really looking at the bottom line, their path is all full of asterisks and footnotes.

I am serious about wanting the Nobel for this. It’s a concept of considerable elegance and should be causing you to wonder if maybe I’m as crazy as John Nash.

(In keeping with the idea that people say they’re dedicated to the bottom line but they don’t act like it, I’ll note that I SAY I’m serious but if I were really serious I’d go into Economics and write tons of papers about this thought and elaborate on it and spend decades influencing business to follow me and eventually I might actually GET that prize, on top of saving all of society and restoring the world to common sense. BUT, I wouldn’t be doing that by coming up with a really cool shrink ray or BadGuy Detector such as would appeal to a NeuroDivergent nerdboy such as myself.) (If I really wanted to save the world I’d invent something that neutralizes whatever the hell is stopping us from doing the obvious solutions already invented. So far I’ve got a gun, but it seems inelegant.)

The other is for what I call the Burns Limit. It’s a soft target full of fuzzy logic that sounds like a formula, and the idea is this: There is a number of words past which your sentence has lost the ability to transfer information, and this number will always be less than needed to make any effort to be completely delineated and prohibitive of misinterpretation. This happens in science and law all the time; by the time you’ve “partied of the first part” and “subsequent of the second point of contention”ed yourself into precise specifications, you look in the rearview and see Too Long Didn’t Read about three miles back.

In order to be understood, we expect a certain amount of synapse-bridging and assumptions and agreements and we put things concisely. We try not to exceed the Burns Limit, and if we have to  clear up an occasional failure to bridge, well… clearing up isn’t hard unless you’re up against someone who doesn’t WANT to understand.

I don’t really think that idea deserves a Nobel, but I’d submit it in Economics anyway to get them considering me for the first one…

A gigasecond is about 32 years. This makes our lives roughly 3 Gs long; in the first our brains are growing in form, and adding gray cells, and we’re here to pack it with skills and learning. This first third is Intelligence…
In the second we’re still adding white cells which make connections between things we’ve already learned; synthesizing, creating. We’re here to use the knowledge and skills in ways that are unique to us. This second third is Wisdom.
The third is extra credit.

We aren’t guaranteed any of these years, but if you get this final third it’s just bonus; and often people get more adventurous with it, you start to live in the day more when the days get short. Do with it what you will.
I’m within a month of heading into extra credit. And the white cells are working OT, trying to process all these things I’ve done/have happened to me. This is… AWESOME.

This is emotionally equivalent to smelling cinnamon toast when you come down the stairs for breakfast...
I remember my mom calling me for my 40th birthday. We have a very similar sense of humor, my mom and I, and she commented to me, "Well, the years just FLY by from here on out."
And I said, "Well I sure as hell HOPE so mom, because if the next forty years take as long as the last forty years I want off this planet NOW."
She quite liked that.
I am so glad I haven't left the planet yet, however exhausted my guardian angel(s) must be at this point. If anyone is listening, I want to say it does get better.

This is a bass solo type thing that I use when I warm up sometimes... I am not at all certain where it comes from, if it's actually a famous song or just me doodling around with something I've heard a million times (one of my other favorite warmups is "Die Erlkonig" for example ☺) but at any rate here you go. Happy Birthday!

NOTE: The guitar part is "recommended weakly", i.e. it's actually kind of an arrangement for vibraphone and can DEFINITELY be improved upon. But it helps the simulator that is generating the recording to have a harmonic reference and so there it is in print. 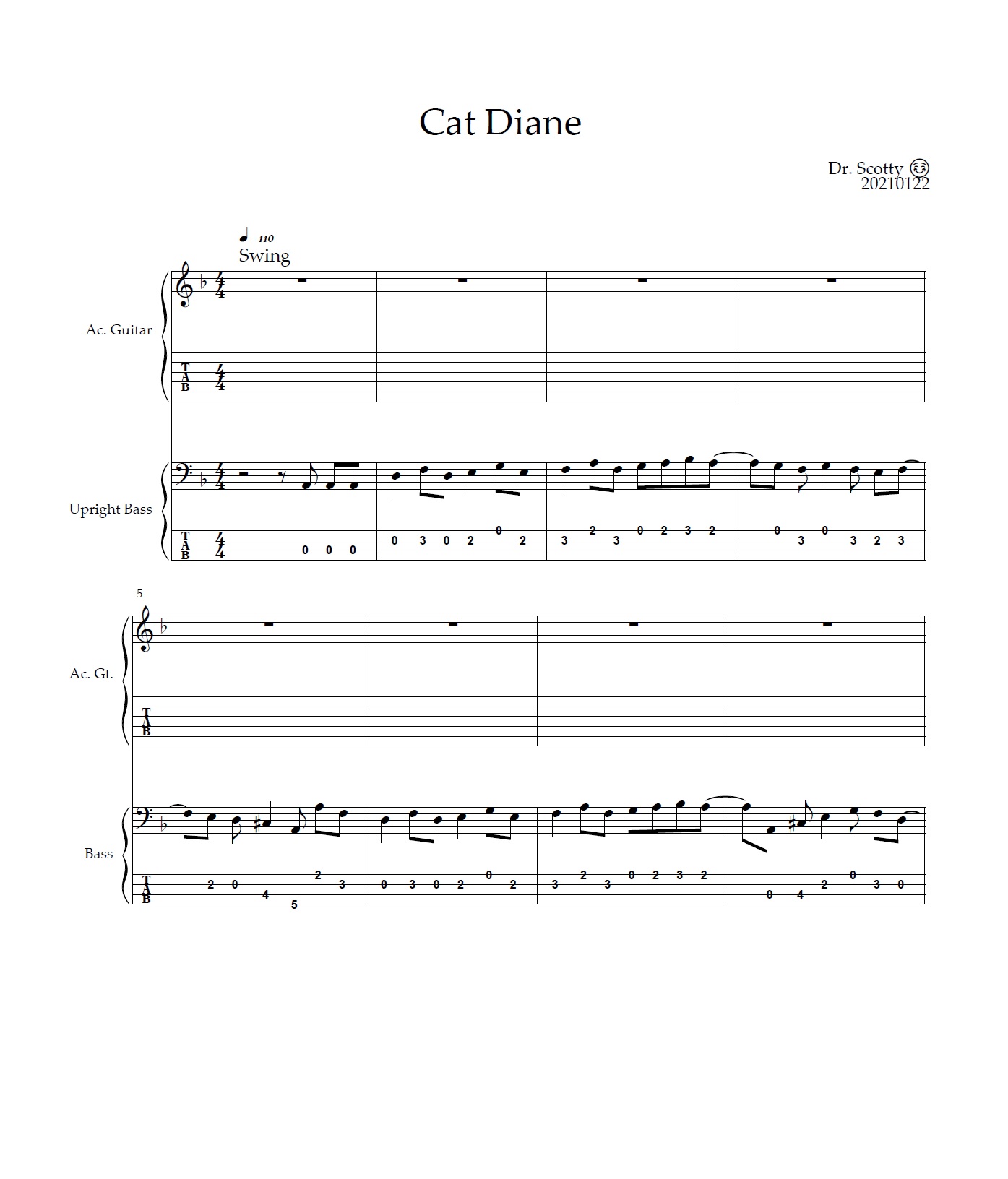 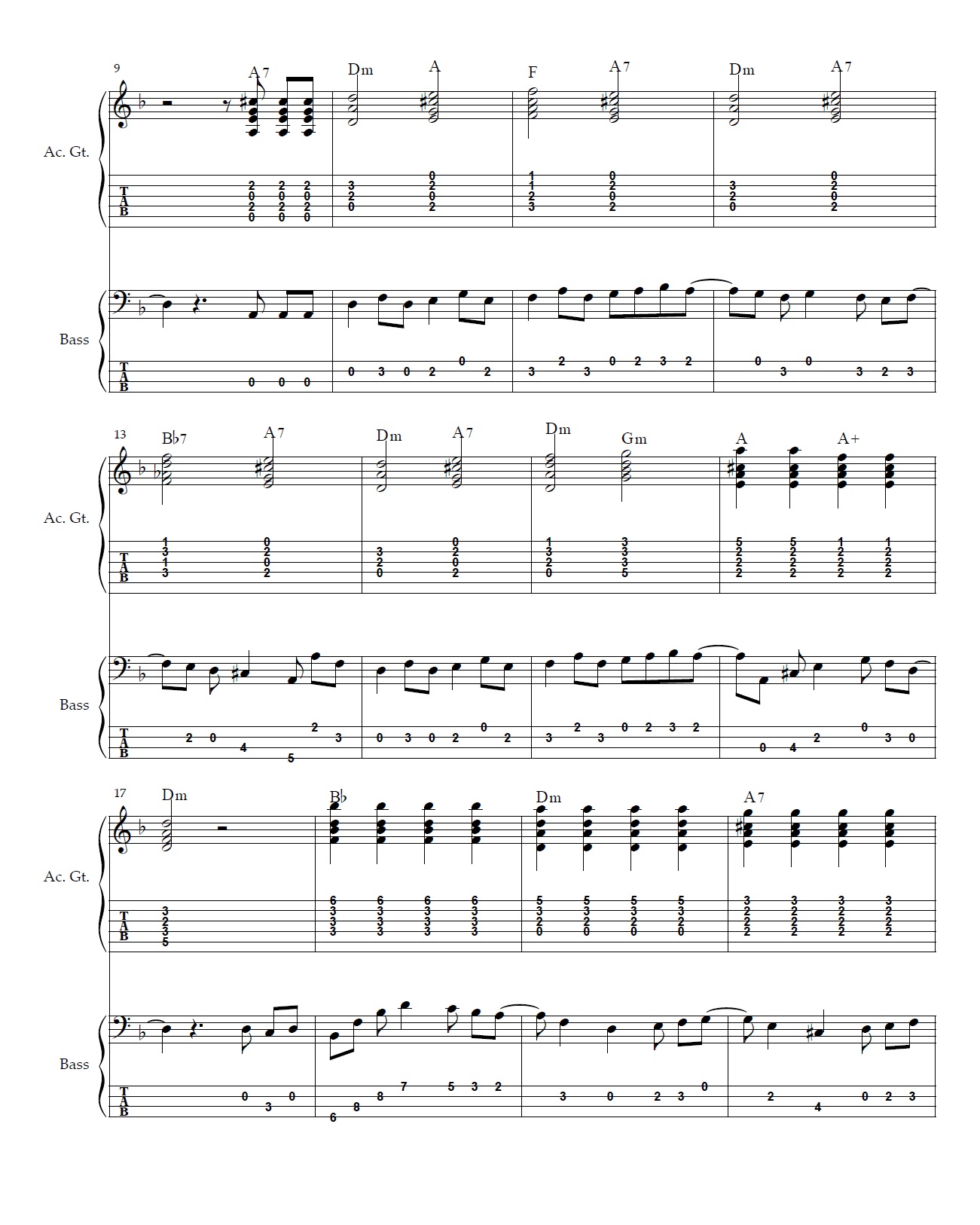 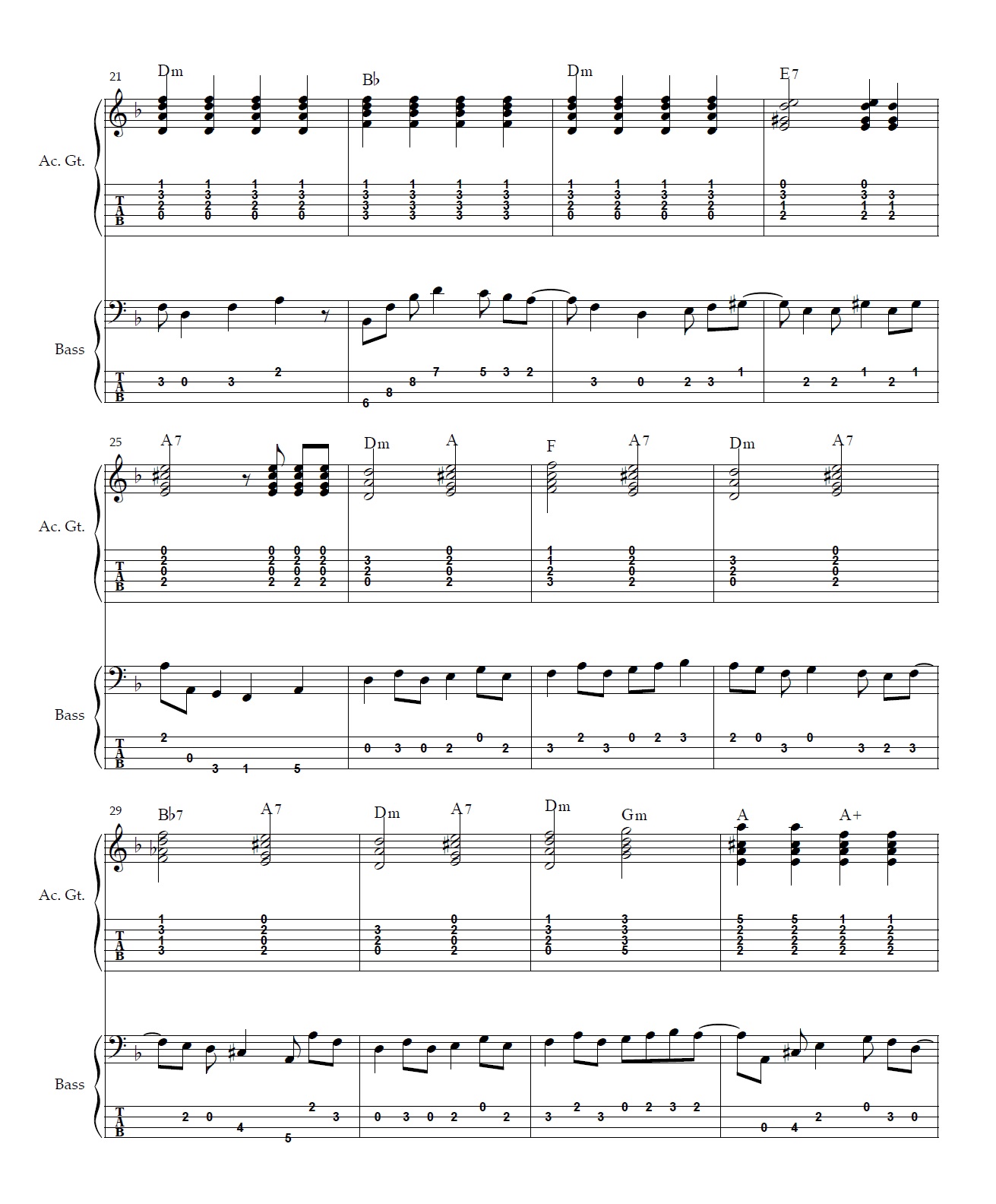 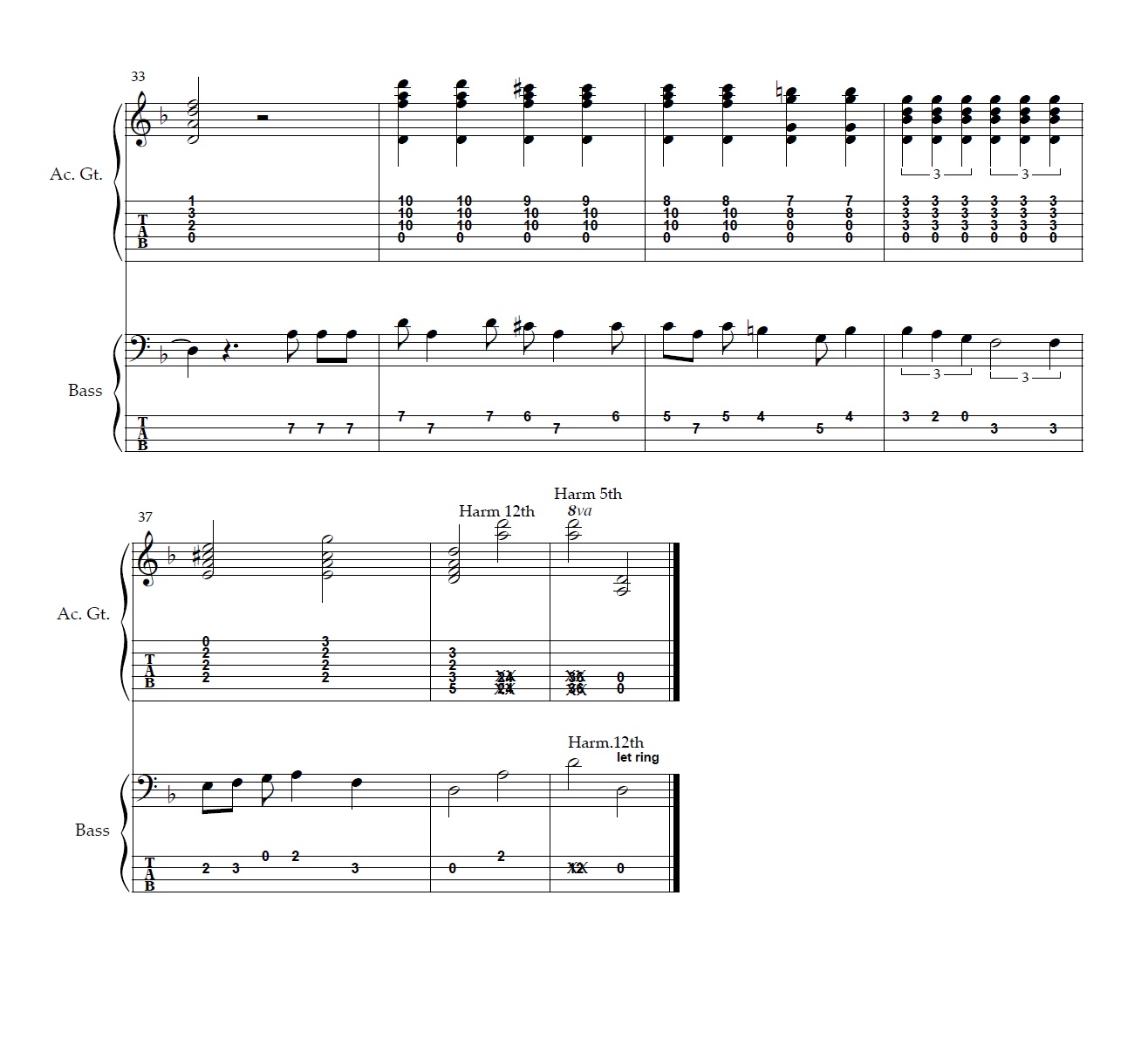 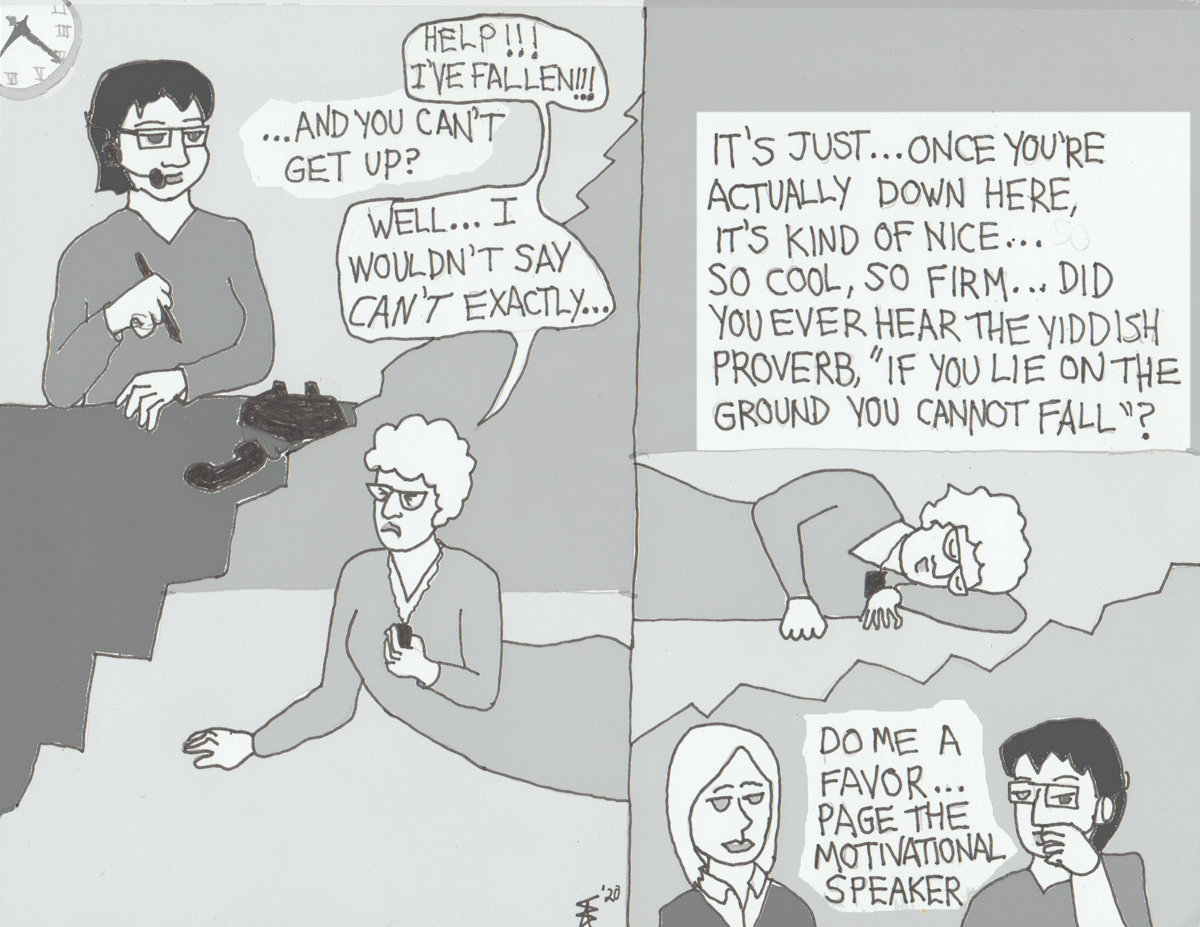 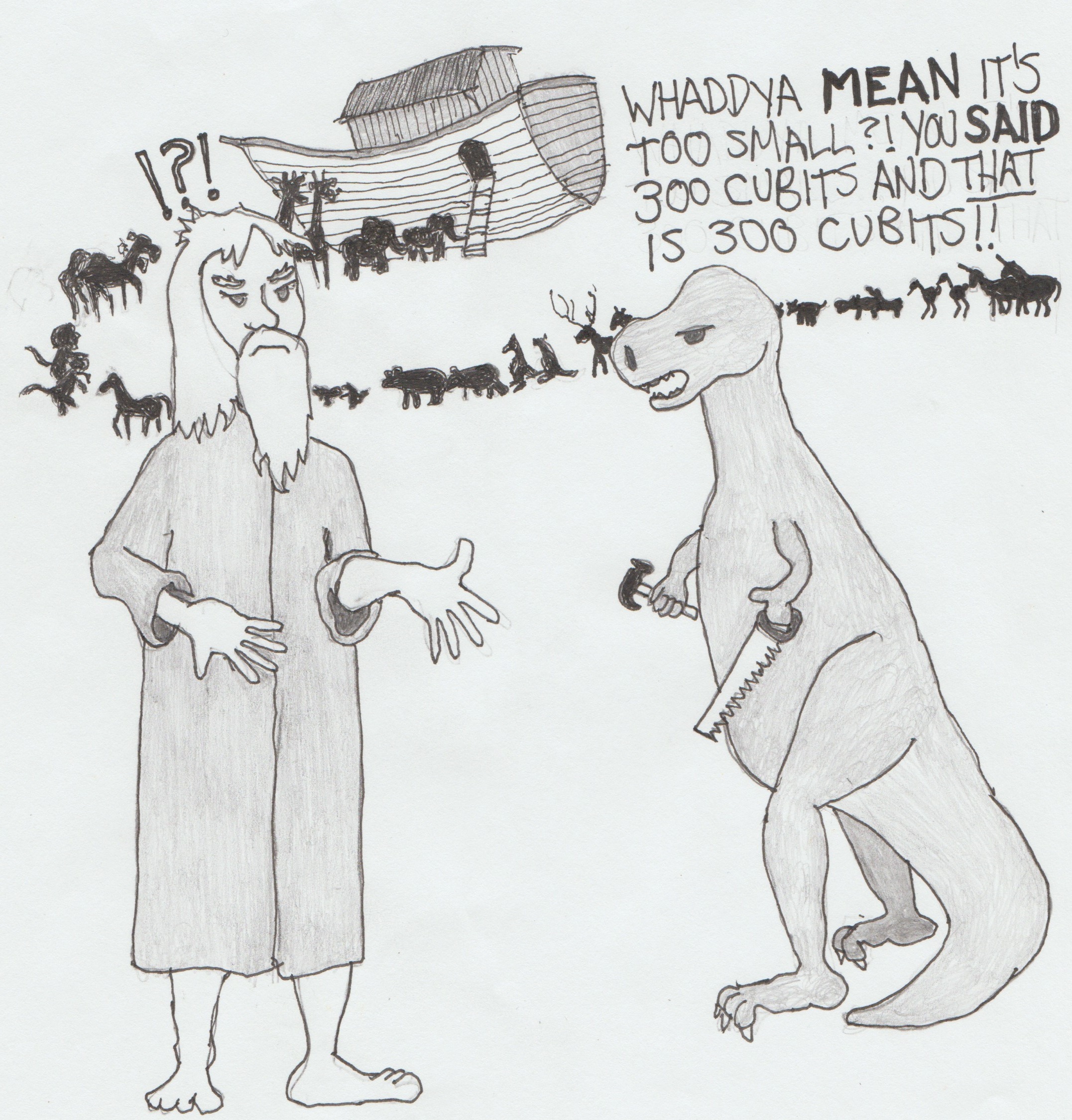 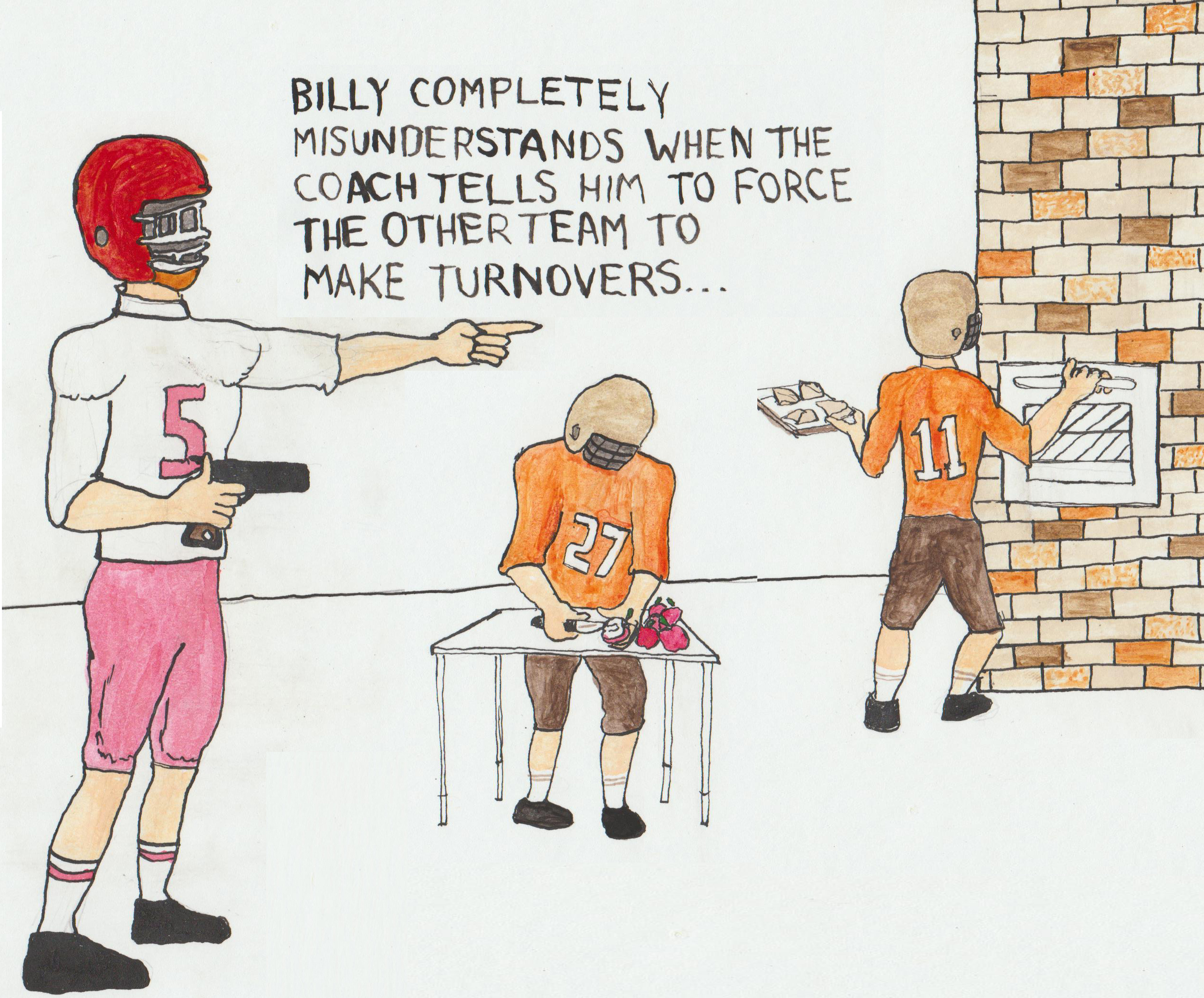 If you've seen Billy before, you know that misunderstanding is kind of his M.O. 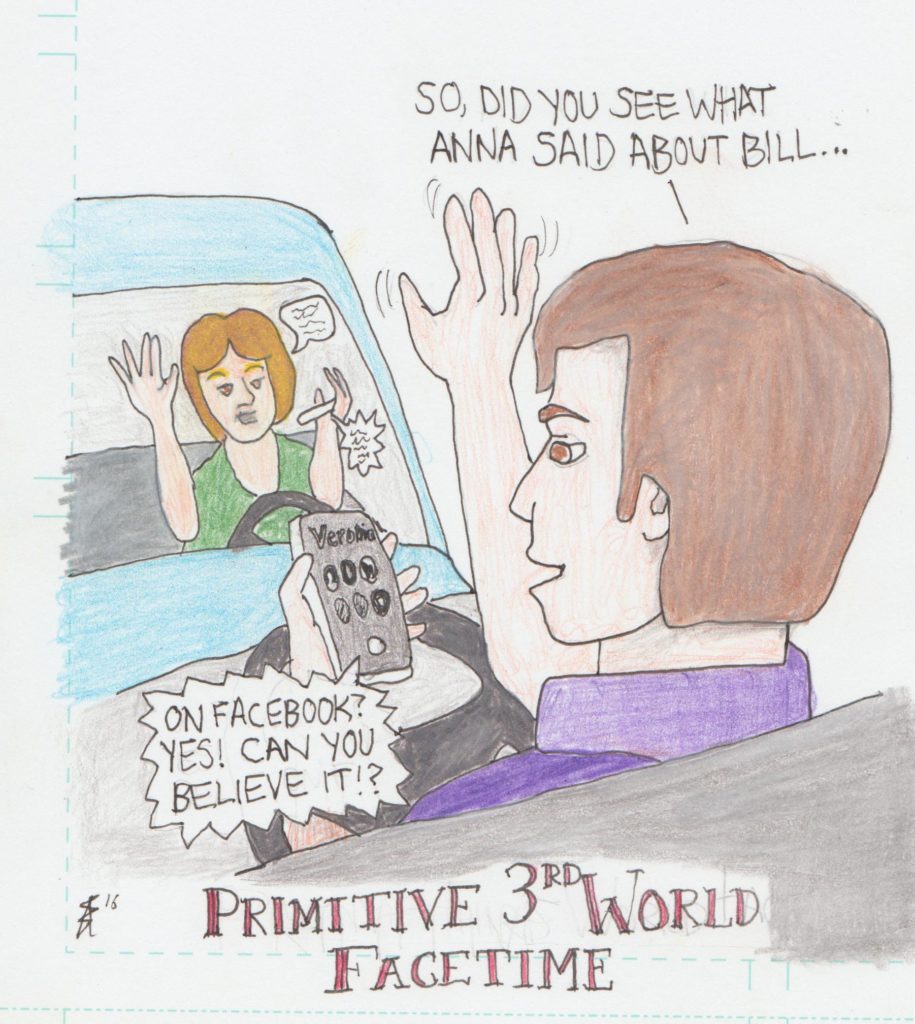 Before we say anything about 'this is stupid' I'd just like to note that I have seen people at opposite ends of a bar texting each other.

I was thinking about video phones, how we now have them and it's even EASY and it doesn't actually cost you anything extra, and we kind of don't like it and don't use it. This seems odd to me, but it does make sense when you think about having to control your facial expressions. It's like the phone is a limited amount of contact and maybe that limit ameliorates a part of the social anxiety of talking to people in general. 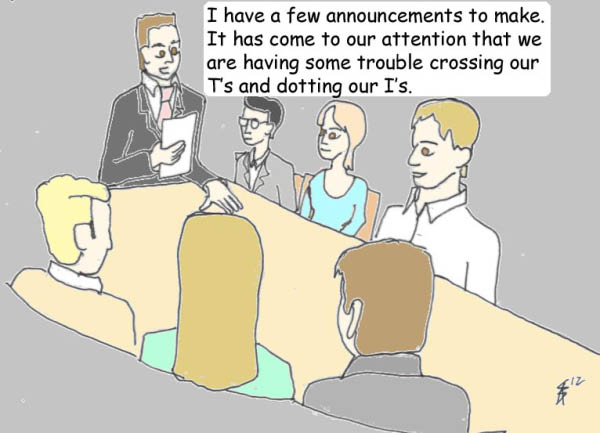 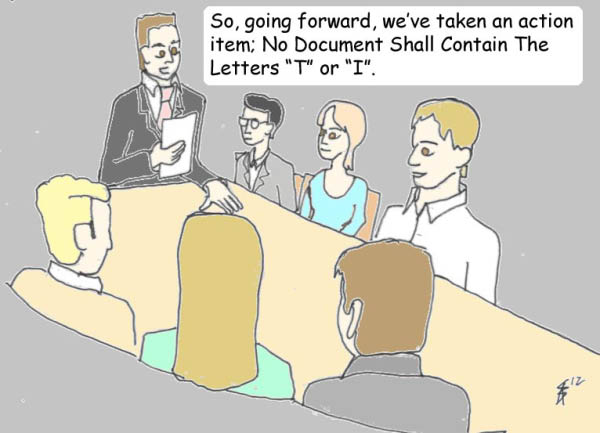 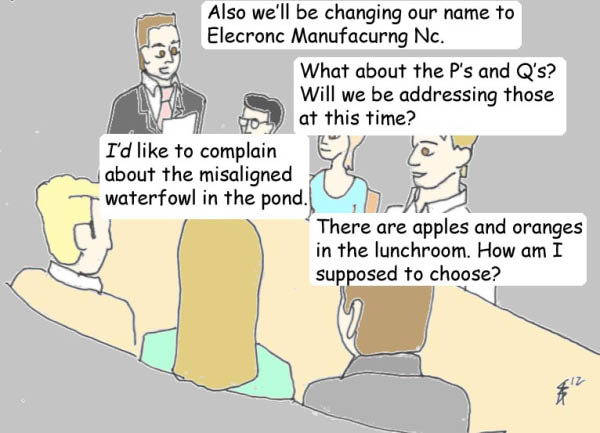 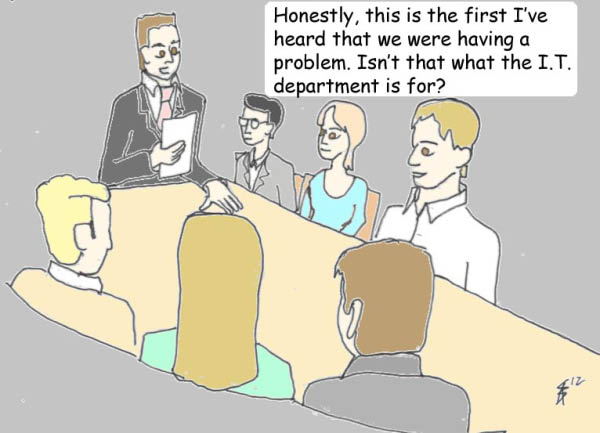 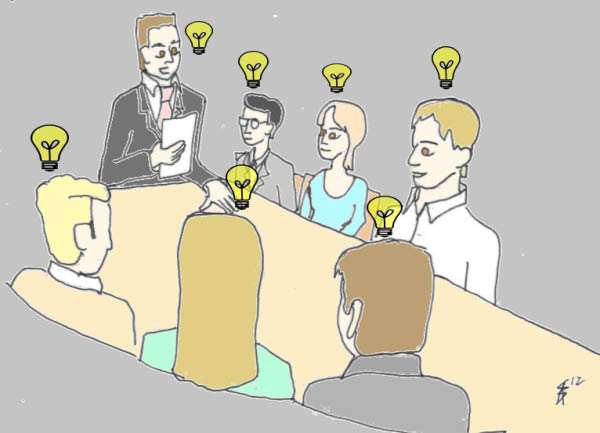 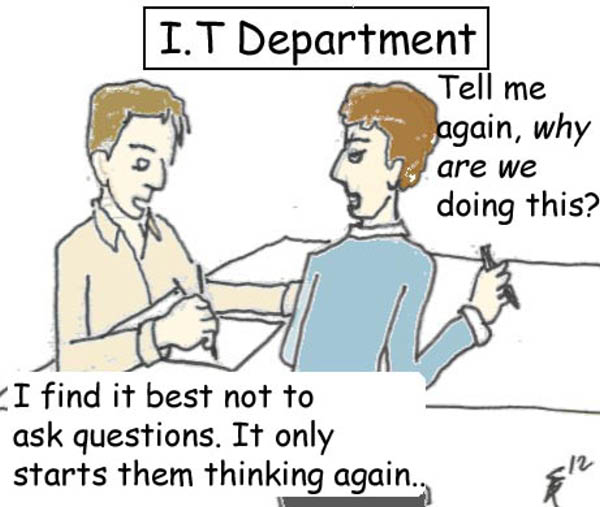 I.T. has also been put in charge of the restrooms, or as the technical among us would say, "The I.P. Address". 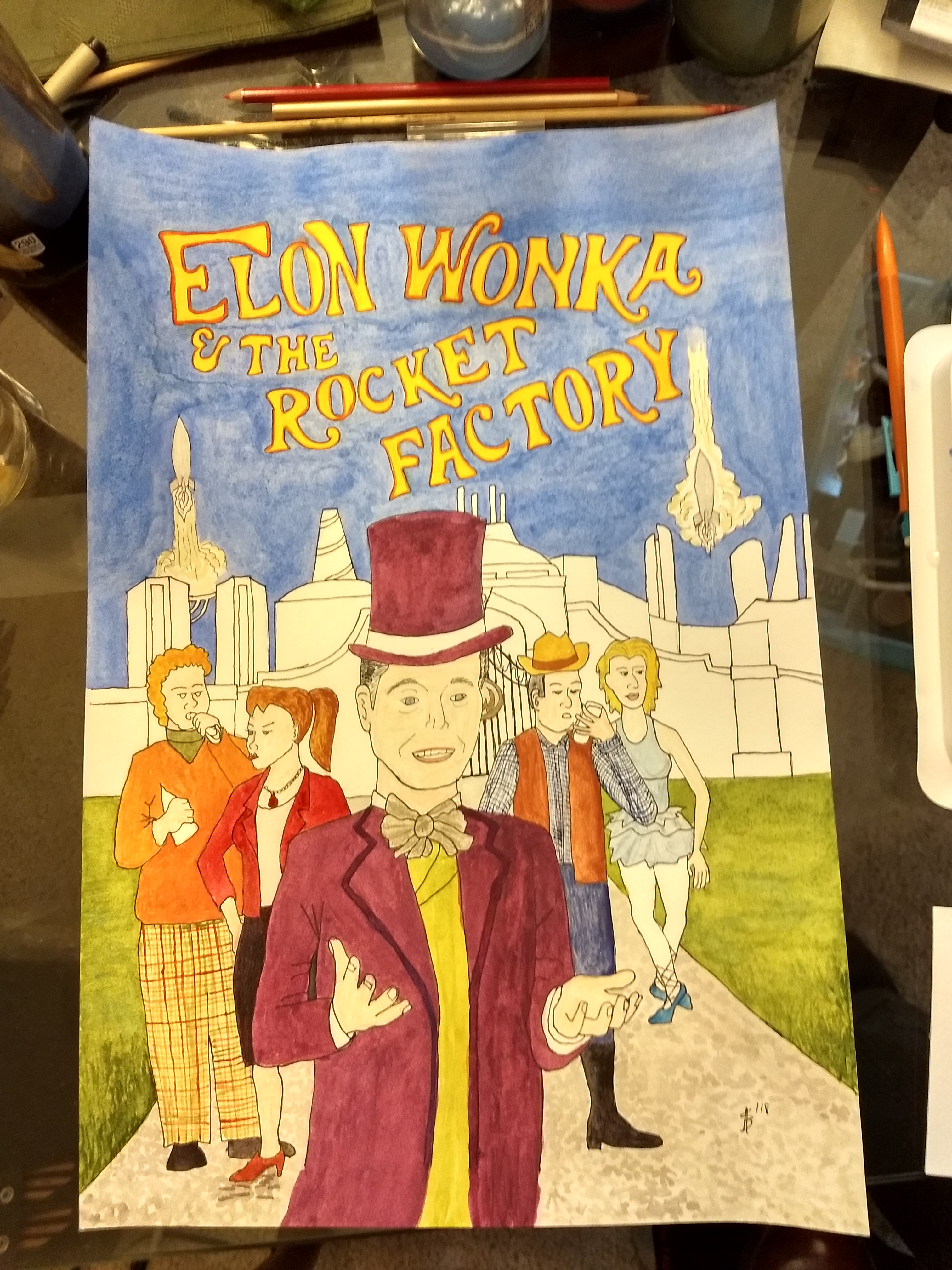 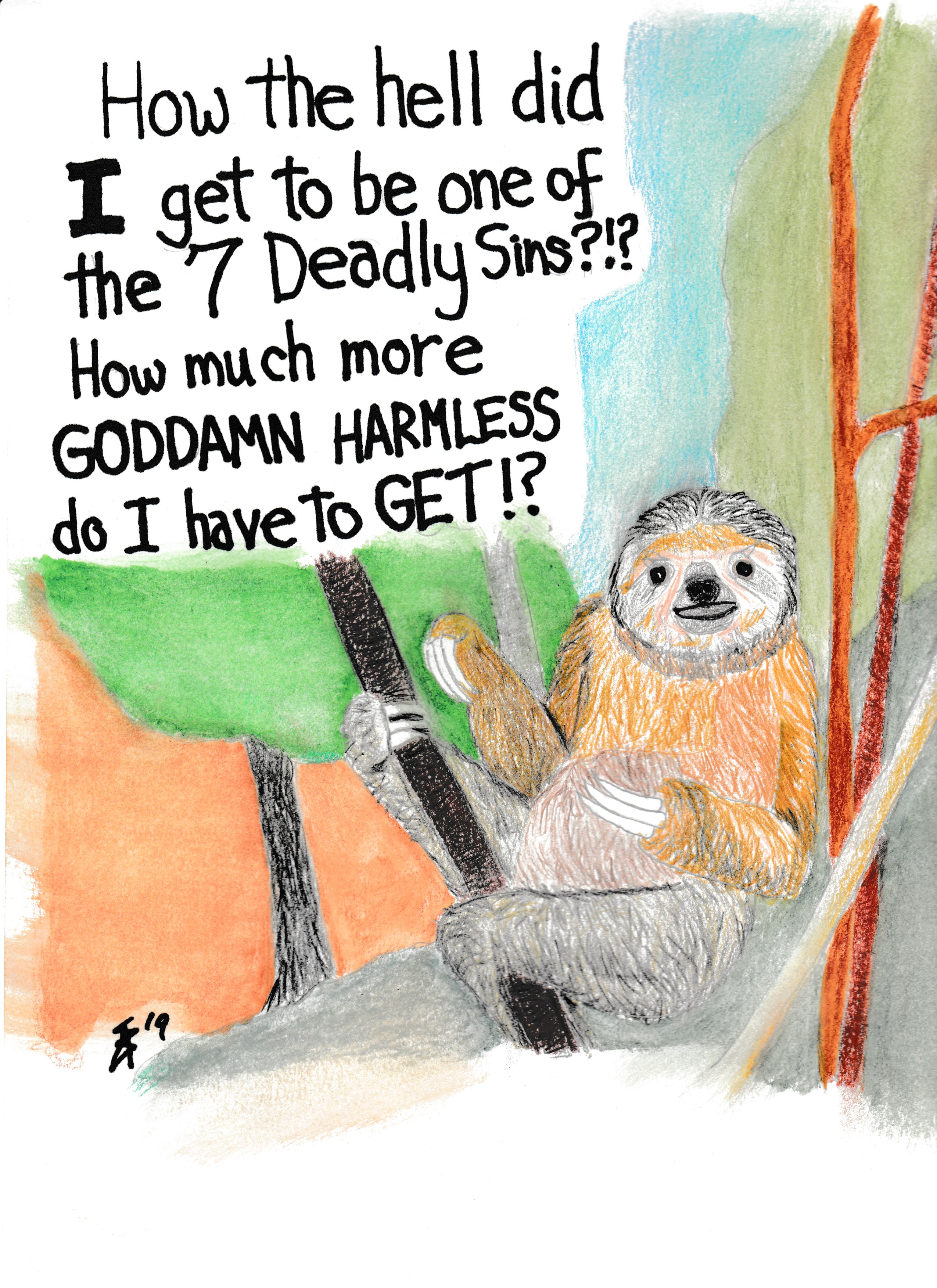 "They see these claws and they think 'Wolverine! Ooh, he's morally compromised, a real lone wolf who doesn't play by the rules!' Well I'M NOT! I don't even jaywalk for Chrissakes!"

Note: This pose is from a photo; he really was sitting straight-up-no-hands from just a pole grip with one foot and one knee. This is like in gymnastics when they're doing the rings and holding their whole body up on their outstretched arms.